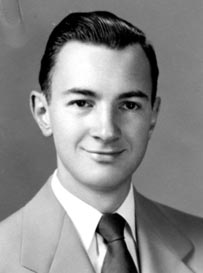 June 25, 1960, Greencastle, Ind. - "Robert O. Weiss of DePauw University has been elected to the legislative assembly of the Speech Association of America," notes an item in today's Indianapolis Star. "An associate professor of speech at DePauw, Dr. Weiss will serve as a member of the association's policy-making group for three years, beginning January 1, 1961."

Before joining the DePauw faculty in 1955, Weiss taught at Wayne and Northwestern Universities.