Seth Roy writes, "Second-grade students from each of Newark's seven elementary schools have visited the library during the past seven weeks as part of the first year of A Call to College's Providing Early Awareness and Knowledge program. It seeks to help younger students think about life after high school, with an emphasis on graduating and career choice." Rappaport is the VISTA representative at Ohio State 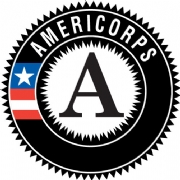 She and the other two VISTA volunteers "split their time among the colleges and Newark's second- and eighth-grade classrooms concentrating, in different ways, on the mission of promoting education."

By their senior year, 87% of DePauw University students have participated in community service or volunteer work, according to the 2009 National Survey of Student Engagement.  You'll find further details in this article.