A group of DePauw University students, accompanied by head men's basketball coach Bill Fenlon and Professor Tom Chiarella, are in Northern Ireland for an experiential learning course.  The DePauw group is taking part in a trans-Atlantic exchange being hosted by PeacePlayers International-Northern Ireland (PPI-NI).

“We are pleased to welcome this outstanding group of leaders from a top U.S. university,” says Garth Harper, managing director 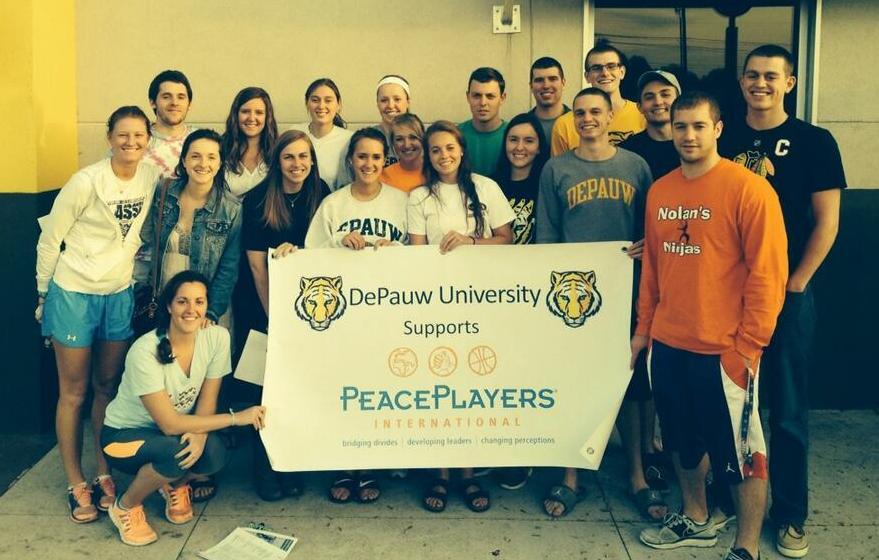 of PeacePlayers International-Northern Ireland. “Over the next ten days we will share with them our experiences of working with children and young adults from all parts of Belfast. This is a great opportunity for us to learn from each other as we continue to build bridges with people in divided communities.”

On May 27, the DePauw University Invitational will take place at De La Salle College in Belfast. "Local basketball players from both sides of the historical political divide will compete against talented men and women from the highly successful DePauw basketball club," notes an announcement. "This invitational will include the Ulster Rockets Select Ladies Basketball Club, the Phoenix Basketball Club under-13 girl’s team, the PeacePlayers under-13 girl’s team and the Northern Ireland Select men’s team. There will also be an opportunity for children aged 9-13 to receive expert guidance from DePauw coaches and players."

Funds raised by DePauw students will also support PPI-NI’s annual Summer Jam basketball tournament, scheduled for May 31. "This all-city cross community event takes place at Stranmillis College and will include children from both sides of 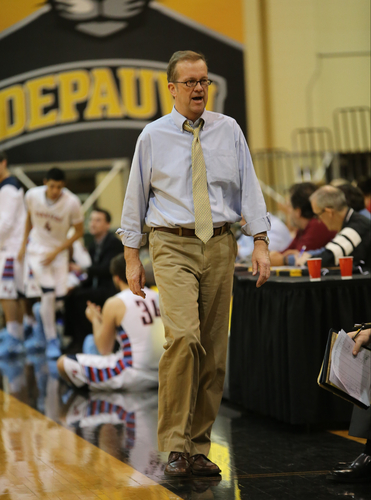 “Participants in the Summer Jam tournament are all graduates from our Twinning Progam, where we use basketball as a lens through which to address sectarian conflict,” notes Harper.  “The basketball part is important because it is not associated with either side of the political divide, and hence provides a safe space for cross community discussions.

"Having the financial and hands on support of DePauw University enhances our program tremendously. It’s great that we will have them here.”