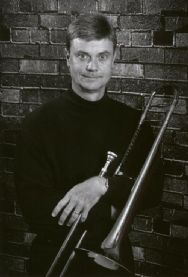 April 24, 2006, Greencastle, Ind. - Veteran trombonist Rick Simerly will join the DePauw Jazz Ensemble and director Randy Salman in their final concert of the academic year. Free and open to the public, the performance will take place on Wednesday, April 26 at 7:30 p.m. in the Performing Arts Center's Kresge Auditorium with on-stage seating. The program is presented through a grant from C.G. Conn.

His solo compact disc, Simple/Complexity, has received rave reviews from critics and performers throughout the United 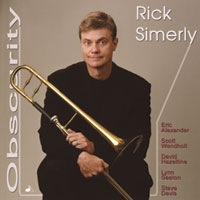 The Wednesday evening concert will feature an intriguing and eclectic program with the event's opening half featuring the jazz ensemble on Frank Foster's "Shiny Stockings," Kenny Dorham's "Blue Bossa," Thomas Matta's "Eleventh Hour," and Mike Tamaro's "Smoke & Mirrors." Simerly will be the featured soloist on the concert's final three numbers, which include George Bassman's "I'm Getting Sentimental Over You," the Cahn-Van Heusen chart "All the Way," and Dizzy Gillespie's masterwork "A Night in Tunisia."