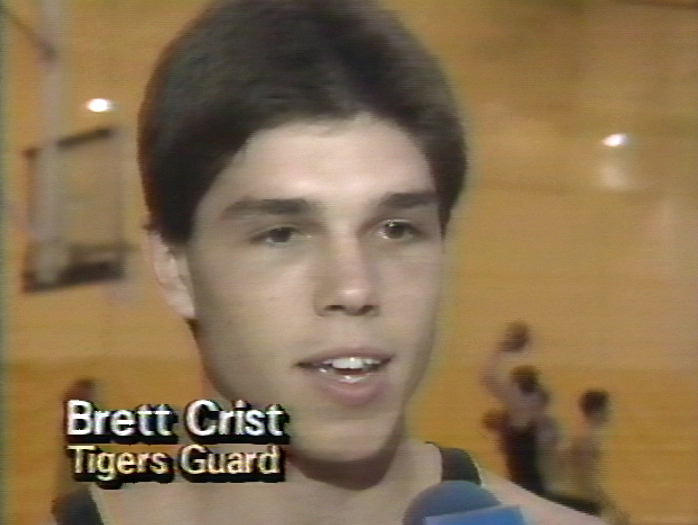 An Indianapolis Star article on last week's Boys Top 100 Basketball Showcase at Ben Davis High School notes, "Among those attending was Hamilton Heights junior-to-be Hunter Crist. The 6-1 guard skipped two games with his AAU team in Louisville on Thursday. Crist, whose father, Brett, was a standout guard at Alexandria High School and in college at DePauw under Royce Waltman, averaged 14.2 points to lead Hamilton Heights as a sophomore."

Kyle Neddenriep writes, "Crist said he occasionally hears comparisons to his dad’s game from those who have seen both play. 'He shot it a ton, though,' Crist joked. 'I don’t know if his competition was as tough either.' "

A communication major, Brett Crist graduated from DePauw in 1991 and is managing partner of QDiscovery. He was a member of the 1989-90 Tiger team that came one point short of winning the national championship. In 2003 the team was inducted into the University's Athletic Hall of Fame.