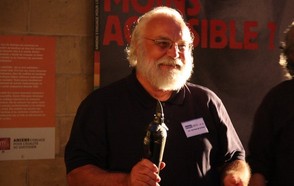 Forbes has called Art Evans "the most prominent Verne scholar in the U.S."