Tim Solso '69 is Finalist for 'CEO of the Decade'

December 8, 2010, Greencastle, Ind. — Theodore M. "Tim" Solso, chairman and chief executive officer of Cummins Inc. and 1969 graduate of DePauw University, is one of five finalists for MarketWatch's "CEO of the Decade."  The other finalists are Apple's Steve Jobs, Jeff Bezos of Amazon.com, Starbucks chief Howard Schultz,  and Google’s Eric Schmidt.  The editors announced the winner, Jobs, and the other finalists last night.

Ford's Alan Mulally was named "CEO of the Year."

"Tim Solso spent nearly 30 years at Cummins before being tapped for the top job in 2000. Thirty months later he was struggling to save the company," writes Shawn Langlois. "Hammered by the recession at the beginning of the decade, Cummins was saddled with a 63% debt to equity ratio, a non-investment-grade credit rating and steeply declining demand ... Yet eight years and an even worse recession later, Cummins is thriving. Under Solso the company has effectively turned a

technology that predates the gasoline engine into a clean-and-green power source, seized a dominant position in the domestic heavy-diesel-engine category and positioned itself to capture more gains in the world’s fastest-growing markets. Along the way, Cummins  has turned in one of the most spectacular decade-long stock performances of any U.S. manufacturer while hewing to its chief's admonitions on sustainability and corporate citizenship."

The piece notes, "Solso, 63, bleeds Cummins red. The longtime company man joined the manufacturer fresh out of Harvard Business School in 1971. The graduate of Lake Oswego High School in Oregon had done his undergraduate work at DePauw University in Greencastle, Ind. -- just 60 miles northwest of Cummins headquarters in Columbus, Ind. -- where he met his wife and was a classmate of one J. Danforth Quayle. He had no intention of sticking around Cummins for his whole career and certainly didn’t anticipate that one day he’d be running the show. To the Cummins hierarchy, however, there were clear signs early on that Solso had the makeup of a guy going places, and his superiors quickly began to groom him for the fast track."

Solso, described as "remarkably humble," states,  "The idea is you do the very best you can and get the best people around you, and you make good things happen. Sometimes that gets recognized."

Read the complete article at MarketWatch.com.

Earlier this year, Barron's listed Tim Solso as one of America's "30 Most Respected CEOs."Solso has also been honored with the Anti-Defamation League's "Man of Achievement Award," as well as the 2007 International Executive of the Year award from the Academy 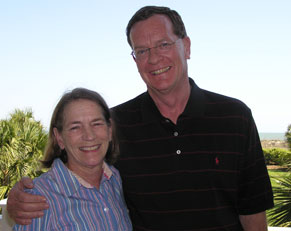 of International Business (AIB), the 2007 Six Sigma CEO of the Year Award, the American Business Award for "Best Chairman," and the the Ellis Island Medal of Honor in 2008. He is a member of the American Energy Innovation Council.

He received DePauw's Old Gold Goblet, given for "eminence in life's work and service to alma mater," in 2007.