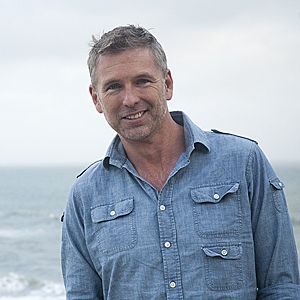 In the mid-1990s, "a doctoral student named Wallace J. Nichols proposed studying the biology and conservation of sea turtles in northwestern Mexico for his thesis," reports Orion.  A 1989 graduate of DePauw University, "Nichols and a colleague traveled to Baja California to study the five species of sea turtle that congregate on both sides of the peninsula’s nineteen hundred miles of coastline to feast on crab, jellyfish, sea sponges, and algae," notes the magazine's May/June issue.

"With the help of a fisherman and a Mexican biologist, Nichols attached a transmitter to a captured loggerhead’s shell. The turtle, named Adelita after the fisherman’s daughter, swam seven thousand miles from Baja California to nesting grounds in Japan, marking the first time any animal had been tracked swimming across an ocean. The experience convinced Nichols that the best way to change cultural habits was to earn the trust and respect of a local population, rather than alienate them through guilt and reams of scientific data."

The magazine notes the success of Dr. Nichols' Grupo Tortugero project has had in engaging fishing communities in efforts to preserve sea turtles.

J. Nichols (he goes by his middle initial) is responsible for pioneering research on the migration of sea turtles. He has authored and co-authored more than 50 scientific papers and reports and his work has been featured in National Geographic, Scientific American, TIME and Newsweek, and he was seen in Leonardo DiCaprio's documentary, The 11th Hour.

Dr. Nichols delivered the principal address to the University's Class of 2010, "You Are Lovers and Fighters."