The Media Fellows Program is a four-year plan designed to complement your academic development at DePauw University.

Q: Will Media Fellows be my major or minor?

A: Neither. Media Fellows students may choose any major within the university, from art to women's studies. Instead of a major or minor, the Media Fellows program is a concentrated study of media designed to complement your other studies throughout your time at DePauw.

Q: Why doesn't DePauw have a journalism major?

A: Media professionals need a broad understanding of the world that they seek to reflect to their readers, viewers and listeners. While many universities have excellent journalism programs, a Media Fellows program that combines the liberal arts, journalism classes and practical experiences in media prepares a future media practitioner more comprehensively than does a journalism major alone.

Q: I've been accepted by DePauw, but not the Media Fellows program. May I re-apply next year?

A: Yes. You may reapply during your first year at DePauw to be eligible for reconsideration as a sophomore. Meanwhile, any DePauw student has access to all of the Pulliam Center for Contemporary Media facility and programs, including working on campus media and taking part in seminars and conferences on media issues. 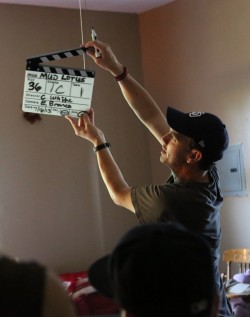 Professor of Communication and Theatre Jonathan Nichols-Pethick is director of the Media Fellows Program  at DePauw University.

Dr. Nichols-Pethick earned a Ph.D. in communication and culture from Indiana University and joined the DePauw faculty in 2002.  He has taught courses in film and media, ranging from media history and criticism to television production and directed the film studies program at DePauw for six years. He has also served on the advisory committee for the Janet Prindle Institute for Ethics.

Nichols-Pethick is an authority on television police dramas. He authored the book TV Cops: The American Television Police Drama (Routledge 2012) and has written essays which have been published in Cinema Journal, The Velvet Light Trap, FLOW-TV, and the anthology Beyond Prime Time (Routledge 2009). He is the producer and host of the podcast, Modern Media, and produced and edited a short film, Mud Lotus (which was written and directed by DePauw English Professor Chris White) in 2013.

Prior to embarking on an academic career, Jonathan worked as a musician and as an associate producer of the morning news program at WCSH-TV, the NBC affiliate in Portland, Maine. 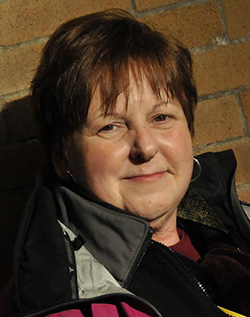 Marilyn Culler is the associate director of the Media Fellows program at DePauw University.

Culler received her BA in English from Millersville University in 1979, and her MA in Journalism in 1986 from Ball State University.  She has worked as a professional photographer with the Indiana Department of Natural Resources, an Information Specialist with the Indiana Law Enforcement Academy, Academic Coordinator for the DePauw School of Music and DePauw University Photographer.

Through her work at the PCCM, Culler is involved in all aspects of the administration of the Media Fellows Program.  She continues to work as a freelance photographer, and is a member of the National Press Photographers Association. 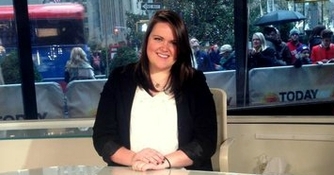 Find out more about the exciting places Media Fellows are interning. 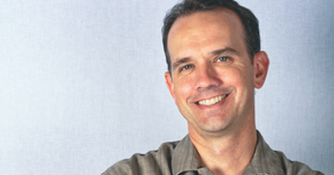 A Word from the Director

Dr. Jonathan Nichols-Pethick talks about what being a Media Fellow means for you.