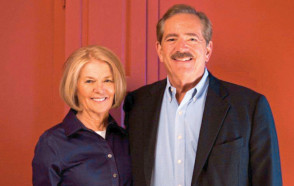 A $20 million gift to DePauw University from 1968 graduates Steve and Karen (Ogren) Sanger will create the new Sanger Leadership Initiative and bring new resources and focus to an element of DePauw that has been true for more than 180 years – that it is a college that produces people who change the world. The Sanger Leadership Initiative will undergird the mission statement that “DePauw develops leaders the world needs,” and will support the recently launched Gold Commitment.

Since its founding in 1837, DePauw has offered the core tools necessary for thoughtful, broad and engaged leadership -- a rigorous liberal arts curriculum delivered by stellar faculty in small classes and a 100% residential campus setting. Yet leadership requires more than knowledge, argues Stephen W. Sanger ’68, retired chairman and chief executive officer of General Mills, one of America’s largest food companies. 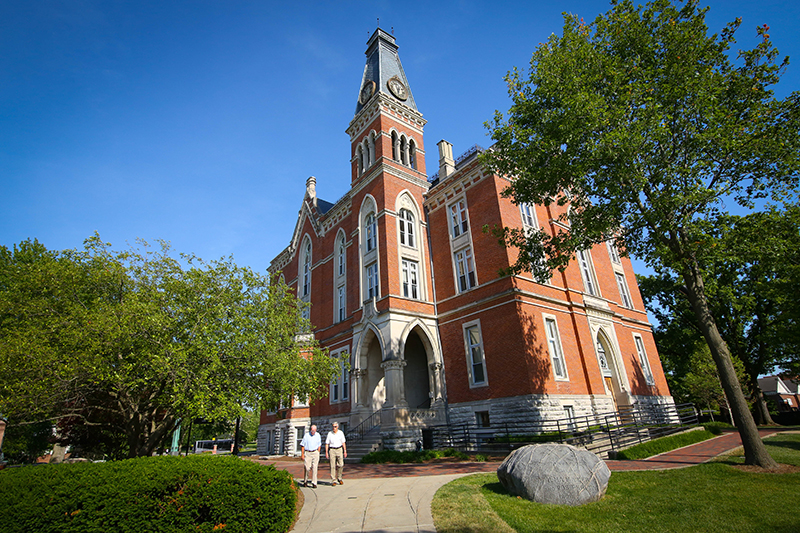 “Leadership is a set of behaviors which enable leaders to motivate people, to reach difficult ethical decisions under pressure, and to draw the best from their teams,” Sanger notes. “Leadership behaviors are often best learned through experience and the campus leadership opportunities and experiential learning that DePauw has offered have made this college a leadership laboratory. With our gift, Karen and I look to help DePauw impact new generations of students in even deeper ways.”

The Leadership Initiative will bring together DePauw’s already established co-curricular centers (The Robert C. McDermond Center for Management and Entrepreneurship, The Eugene S. Pulliam Center for Contemporary Media, The Janet Prindle Institute for Ethics, The Kathryn F. Hubbard Center for Student Engagement, The Justin and Darrianne Christian Center for Diversity and Inclusion, The Tenzer Technology Center and Visualization Laboratory, The Hartman Center for Civic Education, and The 21st Century Musician Initiative) to:

The gift was announced tonight by DePauw President D. Mark McCoy at a reception for the Class of 1968, which is back on campus for its 50th reunion. (photo above right: Sanger speaks as a part of a 2008 alumni panel at DePauw)

“DePauw’s history is filled to the brim with remarkable stories of leadership development,” said Dr. McCoy. “Whether it’s Percy Julian ’20 overcoming the many obstacles of his day – not the least of which was racial injustice -- to become a pioneering chemist and inventor; Barbara Kingsolver ’77 starting as a music major then combining her biology degree with a love of writing and nature to write a series of books that have impacted the world; Ferid Murad ’58 developing a passion for science that led him to win the Nobel Prize for Medicine; and more recently Brad Stevens ’99 deciding his heart was in coaching and not the 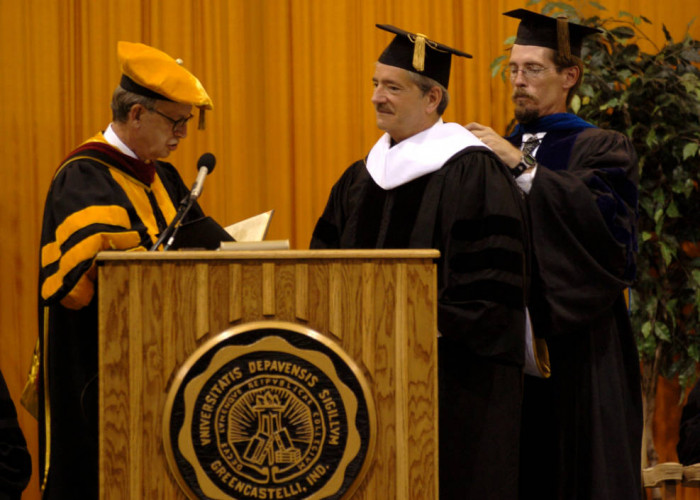 executive-track job he received at graduation -- and those are just four of countless examples -- DePauw is a place where people learn to lead.  The Leadership Initiative will ensure that today’s students will be exposed to even more tools and opportunities that will allow them to become the leaders the world needs.”

Steve Sanger graduated from DePauw with distinction and went on to earn an M.B.A. from the University of Michigan in 1970.  He joined General Mills in 1974. During his 13 years as chairman and CEO he led the company through the acquisition of Pillsbury, retiring in 2008.

In 2009, Sanger received the Woodrow Wilson Award for Public Service. He was awarded an honorary Doctor of Letters degree from DePauw in 2004 and is a past member of the Alumni Association Board of Directors.

Karen Ogren Sanger graduated from DePauw with distinction and double majors in economics and English.  She went on to earn an M.A.T. degree from Northwestern University in 1969 and the Juris Doctorate degree 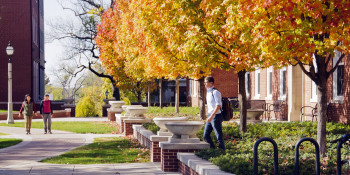 from William Mitchell College of Law in 1980. Karen served DePauw as a member of the Washington C. DePauw Society executive committee and on DePauw's Board of Visitors.

“What I learned at DePauw prepared me for everything that followed,” she said. “You don’t stand on the sidelines at DePauw -- you’re in the middle of things and in a position to impact them.  What we envision is deeper and more immersive leadership opportunities that touch every corner of the campus, and Steve and I are delighted to support this initiative, which will benefit our students, our campus, and our world.” 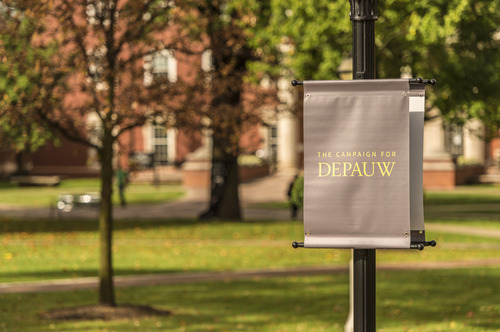 experiential leadership opportunities that move DePauw from ‘one of the best’ to ‘one of a kind.’”

The gift by the Sangers brings the total of funds raised through The Campaign for DePauw to $354 million. Launched in October 2014, the campaign has exceeded its $300 million goal of investments in student access and financial aid, the academic program, student engagement and outcomes, the campus, and The Fund for DePauw enabling investments of greatest need for students. The campaign is scheduled to close in December 2018.