December 13, 2011, Greencastle, Ind. — "Researchers have delved into the role of personality and temperament in a happy union," writes Psychology Today's Wednesday Martin. "Sometimes the study results are surprising. Several have found that shared exercise and leisure pursuits are top predictors of a happy marriage, while a 2009 DePauw University study found that the past matters: Kids who don't smile in school photos, or who smile 'weakly,' these researchers found, are most likely to experience divorce and unhappy marriages in middle age."

Dr. Martin's article on "The Surprising Secret to a Happy Marriage" cites research conducted by Matthew J. Hertenstein, associate professor of psychology at DePauw, and his students.  Their work received worldwide attention after it was first published in the journal Motivation and Emotion. Coverage began in British media outlets, and spread to United Press International, Yahoo! 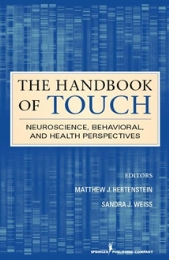 and a piece which aired April 16, 2009 on NBC's Today. The research was included in the New York Times Magazine's "Ninth Annual Year in Ideas" and was cited by India Today, New Scientist and British Columbia's Province.

Dr. Hertenstein's research on communicating through touch led to a September 20, 2010 NPR piece and an interview by ABC's Diane Sawyer, as well as a piece in the New York Times.

He is the co-editor of The Handbook of Touch: Neuroscience, Behavioral, and Health Perspectives, recently published by Springer.