Closed:
During University breaks and holidays 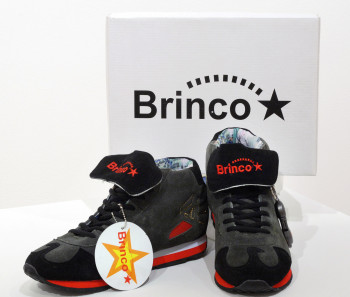 Judi Werthein is a contemporary Argentinian artist whose artwork focuses on interpersonal and collective relationships. In 2005, she stirred international controversy with the launch of her sneaker brand, Brinco (“Jump” in Spanish). The shoes are designed to help Latinx migrants cross the border from Mexico into the United States. The removable soles are printed with a map of Tijuana, Mexico. A miniature working compass dangles from the laces and small pockets for money are hidden in the design of the shoe. Werthein distributed the shoes to deported migrants in Tijuana and hopeful migrants along the borderline. On the U.S. side of the border, she sold her shoes as limited-edition art objects for over $200 a pair in a high-end sneaker shop in downtown San Diego. The proceeds were donated to Mexican organizations providing support and aid to deported migrants.