For the third consecutive year and for the seventh time in the last eight years, DePauw University is listed among the American colleges and universities that produce the most Fulbright Scholars.  The list of top producers of 2013-14 Fulbright U.S. Students was issued by the U.S. Department of State and appears in the October 28 edition of the Chronicle of Higher Education. It notes that five DePauw graduates received Fulbright Awards to study and live abroad for the current academic year -- the most among any liberal arts college in Indiana -- and that 17 students at the University applied for the prestigious grants.

The five 2013 DePauw graduates who received Fulbright grants are:

Additionally, three alumni of DePauw received Fulbright awards for 2012-13. Ian B. Davidson, a professor in the School of Music at Texas State University and 1980 graduate of DePauw University, will visit Tumaini University Makumira in Tanzania two times as a visiting Fulbright Scholar. Juliana O. Odetunde, a medical student at the University of Kentucky and 2007 graduate of DePauw, is using a Fulbright-Fogarty Fellowship to study leptospirosis in Salvador, Brazil. John R. Chittum, a 2006 graduate of DePauw and a doctoral student at the University of Missouri-Kansas City Conservatory of Music and Dance, is utlizing a Fulbright Graduate Student Research Grant to conduct research at the Royal College of Music, Sweden’s largest college of music.

The Fulbright Program is the U.S. government’s flagship international educational exchange program. More than 1,800 U.S. students, artists and young professionals in more than 100 different fields of study have been offered Fulbright Program grants to study, teach English, and conduct research in over 140 countries throughout the world beginning this fall.  Lists of Fulbright recipients are available at: www.fulbrightonline.org/us.

Since its inception in 1946, the Fulbright Program has provided more than 325,000 participants -- chosen for their academic merit and leadership potential -- with the opportunity to study, teach and conduct research, exchange

ideas and contribute to finding solutions to shared international concerns.  In the past 67 years, more than 44,000 students from the United States have benefited from the Fulbright experience.

In the United States, the Institute of International Education administers and coordinates the activities relevant to the U.S. Student Program on behalf of the U.S. Department of State, including conducting an annual competition for the scholarships. 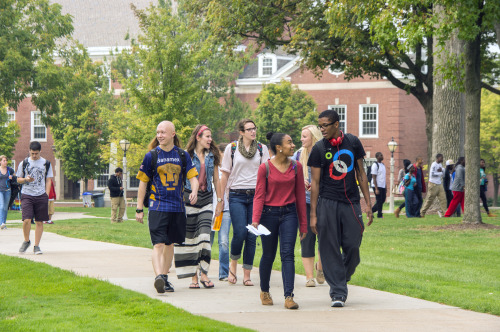 For more information about the Fulbright Program, visit http://eca.state.gov/fulbright.

DePauw students and alumni who are interested in applying for Fulbright Awards may contact David Gellman, associate professor of history, or visit this page.

DePauw University ranks #8 among the nation's baccalaureate institutions in the number of students who studied abroad in 2010-11, according to the 2012 Open Doors Report on International Educational Exchange. DePauw is also consistently among the top producers of Teach For America corps members.