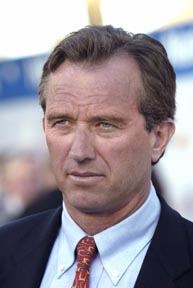 July 11, 2007, Greencastle, Ind. - Robert F. Kennedy Jr., the environmental activist and author who was named one of TIME magazine's "Heroes for the Planet," will be among the distinguished speakers to come to the DePauw University campus for "DePauw Discourse 2007: Sustainability and Global Citizenship," October 4-6. Kennedy's speech on Friday, October 5 will begin at 8 p.m. in the Performing Arts Center's Kresge Auditorium and is free and open to the public.

Additional details about DePauw Discourse -- which will bring together a number of leading voices to discuss environmental issues -- will be released in the next few days.

Robert F. Kennedy Jr. serves as senior attorney for the Natural Resources Defense Council, chief prosecuting attorney for the Hudson Riverkeeper and president of Waterkeeper Alliance. He is also a clinical professor and supervising attorney at Pace University School of Law's Environmental Litigation Clinic and is co-host of Ring of Fire on the Air America radio 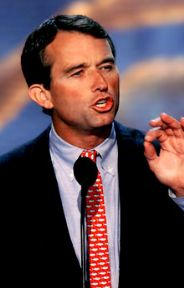 network. Earlier in his career, he served as assistant district attorney in New York City.

Kennedy has worked on environmental issues across the Americas, and has assisted several indigenous tribes in Latin America and Canada in successfully negotiating treaties protecting traditional homelands. He is credited with leading the fight to protect New York City's water supply. The New York City watershed agreement, which he negotiated on behalf of environmentalists and New York City watershed consumers, is regarded as an international model in stakeholder consensus negotiations and sustainable development. He also helped lead the fight to turn back the anti-environmental legislation during the 104th Congress.

"The environment is the most important, the most fundamental, civil-rights issue," Kennedy stated in a 2004 interview. "In the word ecology, the root 'eco' is the Greek word for home. It's really about how we manage our home. The environmental movement is a struggle over the control of the commons -- the publicly owned resources, the things that cannot be reduced to private property -- the air, the water, the wandering animals, the public land, the wildlife, the fisheries. The things that from the beginning of time have always been part of the public trust." 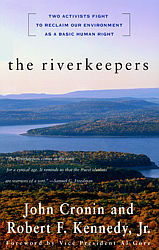 books include the New York Times bestseller Crimes Against Nature (2004); The Riverkeepers (1997); and Judge Frank M. Johnson Jr: A Biography (1977). His articles have appeared in many publications, including the New York Times, Wall Street Journal, Rolling Stone, Atlantic Monthly, and Esquire.

In an essay, "Global Warming: A Real Solution," published in the June 18, 2007, issue of Rolling Stone, Kennedy writes: "America doesn't need to wait for futuristic, pie-in-the-sky technologies to cut its reckless consumption of oil and coal. Our last, best hope to stop climate change is the free market itself. There is gold in going green, and the same drive to make a buck that created global warming in the first place can now be harnessed to slow the carbon-based pollution that is overheating the planet. And green investment will not just enrich a few corporations. We know from past experience that it will strengthen America's economy, not to mention our national security, our economic independence and the effectiveness of our world leadership."

Robert F. Kennedy is a licensed master falconer, and as often as possible he pursues a life-long enthusiasm for white-water paddling. He has organized and led several expeditions to Latin America,

including first descents on three little known rivers in Peru, Colombia, and Venezuela.

"This is how far we've come," Kennedy explained to New York magazine. "In thirteenth-century England, it was illegal to burn coal in London. People were executed for it. Public land was not to be despoiled. Today, in the Appalachians, some of the oldest geology on the planet, where Daniel Boone and Davy Crockett roamed, they mine coal by chopping off the tops of mountains with giant, 22-story-high machines called draglines. The earth, the real capital of human enterprise, is treated like a business in liquidation."