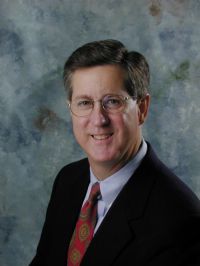 February 21, 2006, Greencastle, Ind. - New Orleans-based journalist Clancy DuBos will discuss "Hurricane Katrina: The Politics Behind the Storm" when he visits DePauw University on Tuesday, March 7. The event, presented by The Gertrude and G.D. Crain Jr. Lecture Series, will begin at 4:15 p.m. in the Pulliam Center for Contemporary Media's Watson Forum, and is free and open to all.

Clancy DuBos is the chairman, editor and co-owner of Gambit Communications, Inc., and the political columnist for Gambit Weekly newspaper in New Orleans. He also is the on-air political commentator for WDSU-TV (NBC/Channel 6) in New Orleans, and a licensed attorney. DuBos and his wife Margo have owned Gambit since 1991, and he has been an attorney since 1993. Prior to 1991, Clancy DuBos was the full-time, on-air political reporter and analyst for WDSU for nearly 10 years, then at WVUE-TV (FOX 8). He worked as a political reporter for the Times-Picayune (1973-1981).

"So devastating was the impact of Hurricane Katrina, and the flood that ensued, that many of us find it difficult even to remember things that happened between January and August of this past year," DuBos wrote in the cover story of the December 27, 2005 edition of Gambit Weekly, Louisiana's 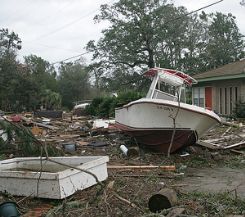 largest weekly newspaper. "When people bring up an event from last May, for example, many are likely to wonder aloud: Was that this year... or last? Even 2005 milestones in our own personal lives that occurred 'pre-K' seem as though they happened a decade ago. Katrina didn't just wash away our homes and offices; she scoured our individual and collective memories as well."

Two weeks prior, DuBos wrote, "One of the bright spots to emerge from Hurricane Katrina is a re-awakening of civic responsibility on the part of ordinary citizens who were never before immersed in the process. The failure of our elected leaders to adequately recognize and address the scope of the disaster has people up in arms -- only this time they're doing more than just talking about it over coffee or cocktails. Nowadays, people are enraged and engaged -- and the politicians had better watch out." 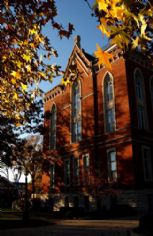 Association, the international Association of Alternative Newsweeklies and the Associated Press Association of Louisiana and Mississippi. He also has appeared on numerous network radio and television political talk shows, including Washington Week in Review, NPR, Today, and Dateline NBC.